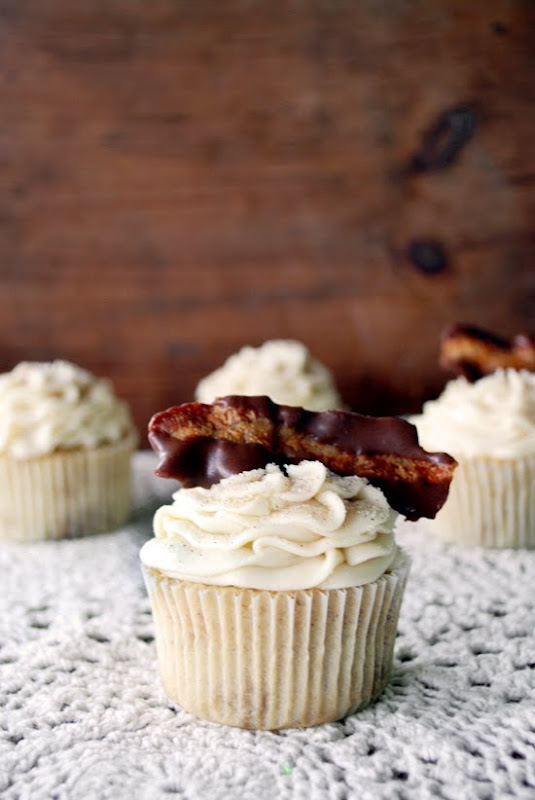 French Toast Cupcakes with Maple Buttercream Frosting and Chocolate-Dipped Bacon to be exact.  These are the cupcakes that I made for Fabienne's second birthday party.  {The chocolate-dipped bacon didn't make an appearance at the party though...not enough time}.
I was having a hard time narrowing down my choices of which cupcake flavor I wanted to make for the party and was on the phone with baby sister and her husband going over options with them.  They told me I should go with the french toast cupcakes.  Then, Andy suggested that I add bacon to the top.  Lyndsay, who was relaying his suggestion to me, somehow ended up throwing chocolate into the suggestion.  And so we ended up with french toast cupcakes with maple buttercream frosting topped with chocolate-dipped bacon.
These cupcakes are soo good. They've been quoted as being, "make you wanna slap your momma" good!  Personally, I can do without the bacon...I'm a bacon purist though, just a plain old slice of super crispy bacon is my fav.  But those that prefer bacon on & in everything will love the added bacon.  These cupcakes are the perfect breakfast dessert - if you're the type that has dessert for breakfast. 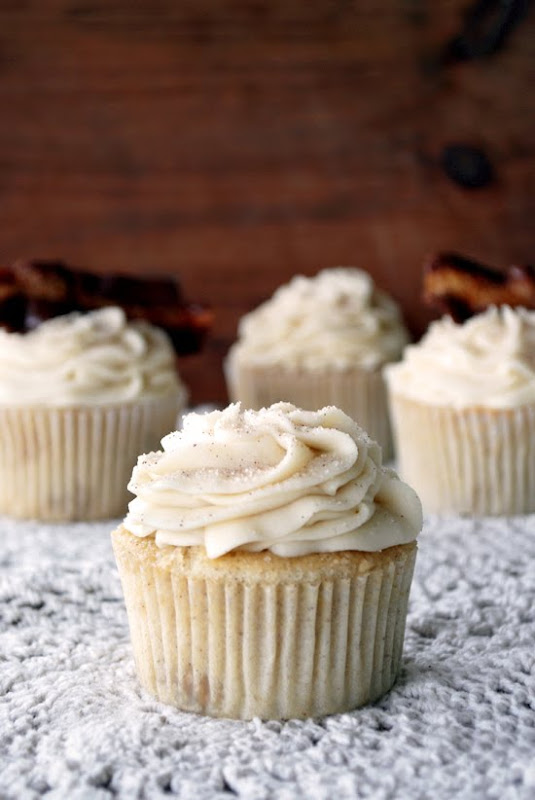 To make the streusel:
In a large bowl, combine the brown sugar, sugar, flour, cinnamon, and salt. Mix the cold butter into the mixture by hand, squeezing the pieces in to mix it.
Cover and freeze while you prepare the cupcakes.  If you’re not using the streusel right away, refrigerate it until ready to use.

To make the cupcakes:
Preheat oven to 350 degrees. Line cupcake pans with paper liners; set aside.
In the bowl of an electric mixer fitted with the paddle attachment, combine flours, sugar, baking powder, cinnamon, nutmeg and salt; mix on low speed until combined. Add butter, mixing until just coated with flour.
In a large glass measuring cup, whisk together eggs, milk, and vanilla. With mixer on medium speed, add wet ingredients in 3 parts, scraping down sides of bowl before each addition; beat until ingredients are incorporated but do not overbeat.
Place three tablespoons of batter in each prepared baking cup. Divide the streusel evenly among the cupcakes, and sprinkle it on each one {about a tablespoon or so}. Bake, rotating pan halfway through, until a cake tester inserted in the center comes out clean, 17 to 20 minutes.
Transfer to a wire rack to cool completely.

Beat the butter on high speed until light and fluffy. Gradually beat in 4 cups of the sugar until combined. Mix in the vanilla and syrup. Add the milk and mix until light and fluffy.  If necessary, add remaining sugar to reach desired consistency.  Add a drop or two of maple extract to your liking.  {Yup, taste-testing is a must!}

Frost cooled cupcakes.  I also sprinkled some cinnamon-sugar on the top of mine.

Cook bacon until crispy {in a pan on the stove or in the oven}.  Cool on paper towels.  Melt chocolate until smooth.  Break bacon into desired size.  Dip bacon pieces in chocolate, lay on wax paper until chocolate is hardened.  Add bacon to top of cupcakes. 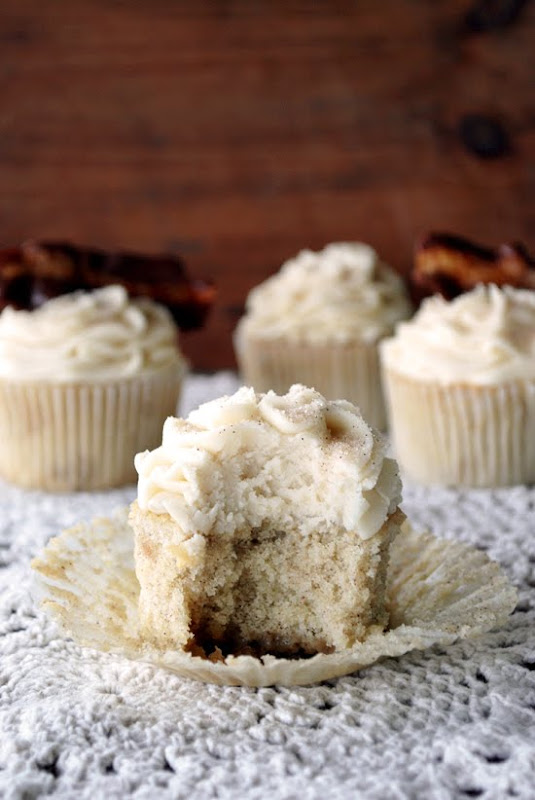 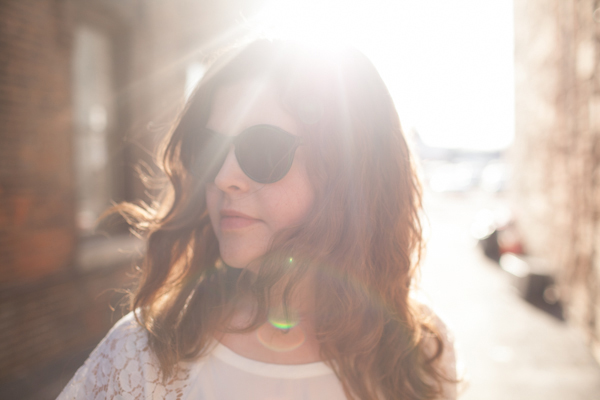 I'm Manda - lover of good coffee, sweet treats, pretty homes and gatherings. You can find me blogging over at The Merrythought now. 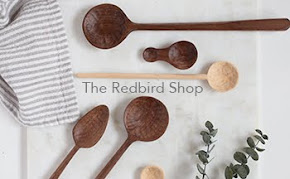